As you wander through a cemetery you will see many motifs on gravestones. A headstone symbol on a marker can offer an interesting insight into the person’s life or the family’s feeling about the death. In addition to asking the question, “What does this symbol mean?” it is important to remember that a particular motif may appear just because someone liked it. For example,an anchor can be a symbol for the Christian cross, which may explain why this symbol is found on a gravestone in Oregon’s High Desert. In spite of the grave’s location,perhaps the person buried there loved the sea.

The workmanship and beauty of the gravestones and the sculptures found in cemeteries are art. In fact, in many places it was the first art available to the public. Ultimately, what a particular symbol means depends as much on what the patron, who ordered the gravestone, or the stonecutter wanted to convey. Whether or not the symbols can be accurately interpreted, it is still possible to enjoy the inherent beauty found in a cemetery.

The following is a sampling of motifs typically found in Oregon’s historic cemeteries. Not surprisingly, the majority are based in Christian iconography, as the majority of the population was Christian.

Anchor
Symbol of hope, can also represent the Christian cross. Sometimes represents a trade or field of military service. 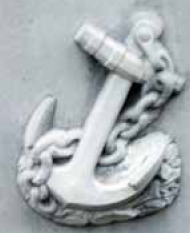 Asphodel (see also Lily)
Refers to plants in the lily family having white, pink, or yellow flowers. It includes the narcissus and daffodil. It means the deceased is, in fact, dead and it reminds viewers of their own mortalilty.

Angel
Guardian or messenger between God and man.Symbol of resurrection.

Book
Typically represents the holy book or the Holy Bible.Open – Represents “the book of life.” If a member of the clergy,sometimes the final sermon is written on the open pages.Closed – Represents the end of earthly life, a completed life.Stack of Books – Scholarly,educated. 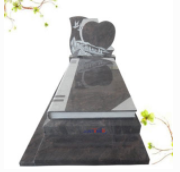