Throughout history, the art of stonecutting has served a variety of purposes, ranging from storytelling and paying homage to significant times and people throughout history, to commemorating the lives of loved ones and those who came before us. Over the years, many different types of stone have been used for carving and the creation of stone monuments and memorials. Today, granite is the most popular choice, mainly because of its durability. However, granite is also a common choice due to its variety of unique color and pattern options, which give each monument made a unique touch; because no two cut granite slabs are identical. 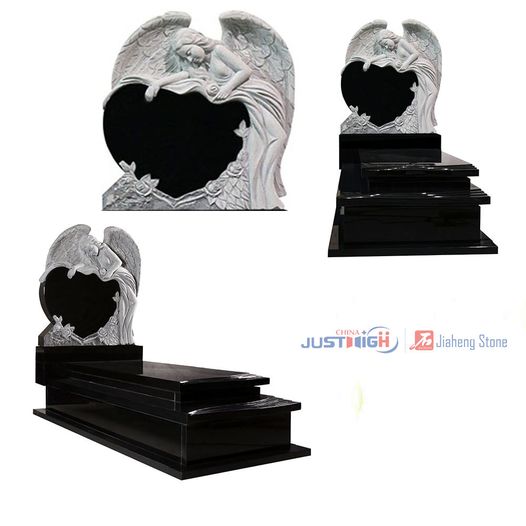 Once upon a time there were stonemasons who carved stone by hand using a hammer and chisel, making granite a less viable option. However, advances in science and technology have reshaped the engraving industry, making granite the most recommended stone option. In addition, these advancements have also led to the use of chisels, drills and motorized machines becoming the new standard in monument engraving.

Sandblasting, Traditional Engraving on Granite
Around 1930, after many years of strict use of hammers and chisels, sandblasting became a popular engraving method. This method includes the use of vectorized stencils which are placed on the granite, before sandblasting. Sandblasting uses sand to erode the granite on the surface by using compressed air to blow small particles of sand, through a pipe, onto the granite. This technique has been around for many years and is considered to be one of the most common and traditional methods of carving granite tombstones and monuments. This technique is best suited for lettering engraving and line art.

Engraving techniques for detailed illustrations
Laser engraving and diamond point engraving are two popular methods of reproducing detailed artwork on granite tombstones and memorials, with laser engraving being the most common.

Laser engraving and engraving
Laser engraving and granite engraving offer engravers the opportunity to produce precise and detailed recreations of original artwork and photographs. The process involves using a computerized laser to “burn” the surface of the stone. After the engraving is finished, Lithichrome paint is often added, to give a little more contrast to the image and the lettering. While laser engraving creates beautiful, highly detailed recreations on granite, it does not provide the same longevity as other granite engraving options. The laser is not powerful enough to cut deep into stone; therefore, the laser simply scratches or burns the surface of the granite.

Diamond point engraving
Diamond tip engraving allows engravers to create an incredibly realistic and detailed image, resulting in an appearance that looks more like a painting than a photograph. This method is performed by hand, using a diamond-tipped engraving tool. The image is etched into the granite one point at a time, creating more depth and contrast in the stone. This particular type of engraving is deeper than laser engraving and can be used on any color of granite. While laser engraving is often recommended for use only on black granite.
This is the reason why at justhigh our monuments have a 10 year guarantee.
Free plan estimate